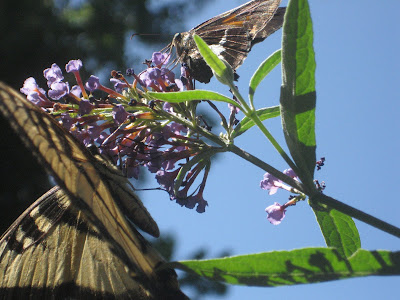 co-existing without conflict
Posted by Susan at 8:41 AM No comments: 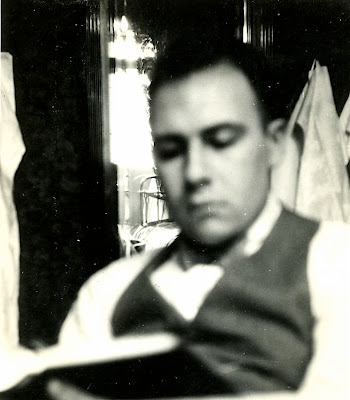 George Rosen, medical student in Berlin in the 1930s


My father, George Rosen, was a physician, historian of medicine, public health specialist, and so much more. I am remembering him today, the 27th of July, the day of his death in Oxford England, in 1977. I never had the opportunity to see him as he lay dying in Oxford. Struck by a heart attack, he lingered for a short period, and despite heroic efforts to save him, he died, a mere two months after he had turned 67. I was traveling on the continent at the time and could not be reached. When I returned to the United States, I went directly to North Haven where he and my mother Beate Caspari-Rosen, M.D. lived. I so regret that I was unable to see him before he died. But he lives on in my mind and heart and profoundly affects my thinking and views of the world. Here is one instance. I was in London several weeks ago, and stopped into a second-hand bookstore. There I encountered an autobiography of Iris Origo, Images and Shadows. I purchased the book because the author's name was known to me. Years ago, my father had bought The World of San Bernardino, which was first published in 1962, and probably my father acquired the biography soon after. The volume's author was Iris Origo. Although I did not read the book, the author's name was familiar from seeing it in my father's library. The volume has an unforgettable cover illustration of the Franciscan, a detail of a polychromed wood sculpture that depicts the saint who lived a life inspirited by divine love as his emaciated face reveals. My father's conviction that the social world mattered in historical writing was a gift I received from him. Today, historians take this notion for granted, but in the first half of the twentieth century this was not the case, and in the realm of medical history Henry Sigerist, my father's mentor, challenged conventional historians of medicine by insisting on the necessity of regarding medicine within the context of social, political, and cultural events. This approach to medical history was adopted by my father. No wonder he purchased Origo's book. On the cover's flyleaf, he noted several page numbers in pencil: 17, 22, 39, 40. When I turned to these pages, I found that he had drawn a pencil line alongside passages that interested him, passages that could be used in his historical studies. Were it not for my father's interests--he cast a very broad net that seemed to lack a border--I would have passed by Origo's memoir. This autobiography is superb and despite the huge differences in our backgrounds I have found it to be surely one of the finest examples of its genre. It has also touched my heart and helped me to understand the world I came from and who I am. Origo's authentic voice is inspiring and serves as one more guide to the perplexed. When she completed the book she was 68. I now have lived that year and am closer to 70. Her curious rich and productive life has become a model and a part of me, thanks to my father's curiosity and wisdom. Were it not for his inquisitiveness, the name Iris Origo would have slipped by me, perhaps encountered in historical studies, but their personal significance to me would likely have been overlooked. Amazon Books has made it possible to add to my knowledge of Iris Origo. Yesterday was a spree of Origo book buying, and perhaps one day I will visit the dwellings where she lived to see for myself living history.
Posted by Susan at 7:58 AM No comments: