"hope springs eternal" for Nature, as winter sets in 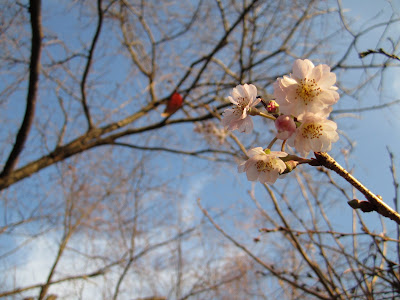 A cherry tree blooms after all but one leaf has fallen to the ground. Is this not a sign of hope, a promise to be fulfilled. It reminds me of Oscar's Wilde's profound lovely tale of the "Happy Prince."
Posted by Susan at 6:33 PM No comments:

A Bridge: classical yet disjunctive 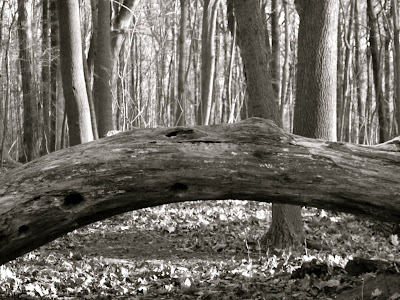 optical perception, in the mind's eye or is it faulty construction?
Posted by Susan at 6:27 PM No comments:

Labels: a bridge, classical, fact and perception, faulty construction, in the mind's eye

"she was blinded by the light" :thank you Bruce Springsteen 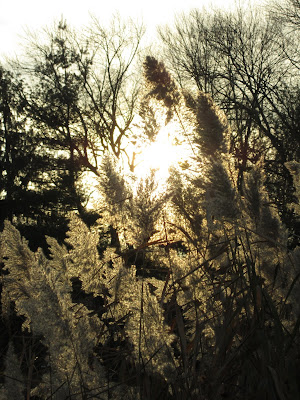 "Blinded by the Light" by Bruce Springsteen

Weightless: it levitates. How can this be? 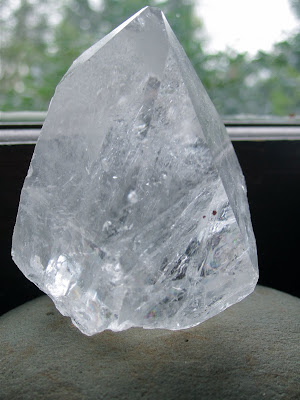 "things rarely seem to be what you think they are" 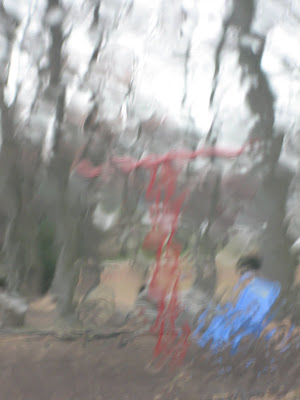 Labels: things rarely seem to be what you think they are

living and dying, being and nothingness. Seeds 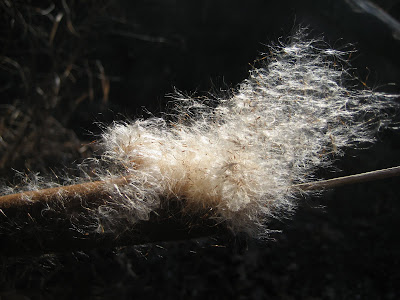 transfiguring what is: art and fact 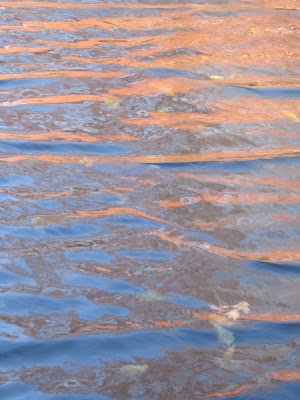 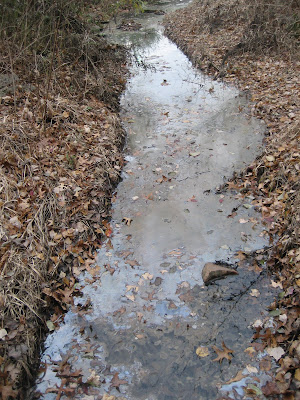 The Tenakill Brook, Tenafly New Jersey, probably one of the most polluted water sources in Bergen Country, a source that is used by the company United Water to provide water to Tenafly, New Jersey (07670) and other nearby towns, can be transfigured by art, that is its appearance, but the water is no less harmful despite its transcendent aspect thanks to the magic of sunlight.
Posted by Susan at 10:39 AM No comments: 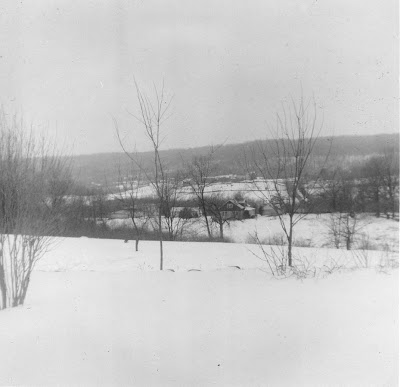 even in winter it is warm. in loving memory
Posted by Susan at 10:36 AM No comments:

A Specimen: a frail leaf turned into art by L. C. Tiffany 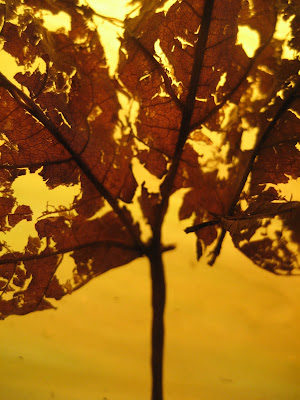 Nature hangs its garments out to dry before winter arrives: an "equivalent" 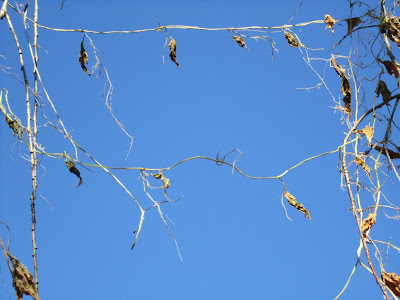 "and we all fall down": the games we play as children 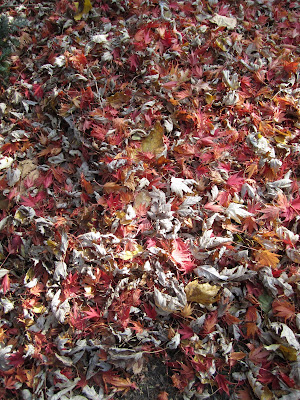 fearing to gaze into a mirror: the self , and this IS a true story 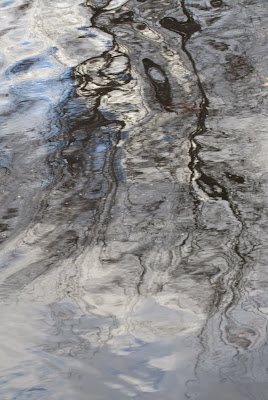 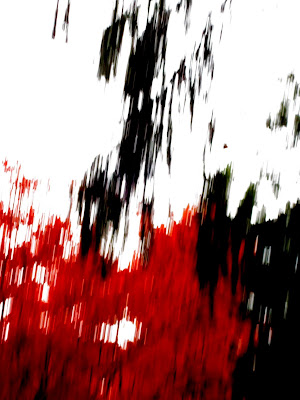 transmuting nature into an abstract expressionist gestural picture or from photography to oil painting
Posted by Susan at 5:26 PM No comments:

fall in a muted tone 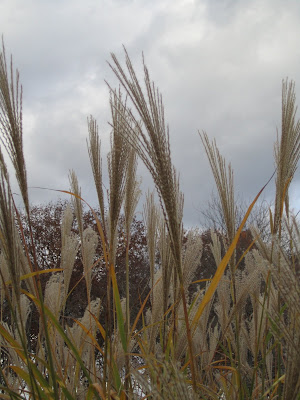 fall ends: yesterday but not today 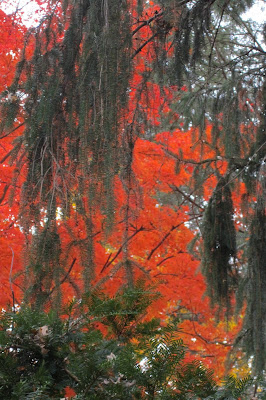 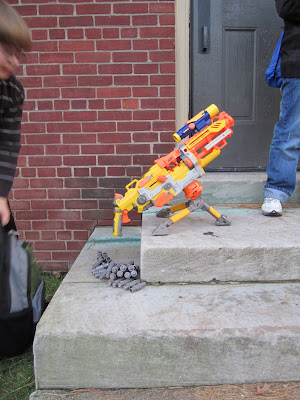 Preparing our future warriors at an elementary school in Tenafly, New Jersey, Bergen County, USA. Of course the children (most) in Tenafly do not know war at first hand, but so many children worldwide do. These boys are not blameworthy, but their parents are. Shame! I have not witnessed a mass exodus of Tenafly's citizens to join a theater of war. This toy is only a game, but may it not prepare the child for a world where "the other " is blown into bloody fragments through no fault of their own? A child caught in a zone where drones drop bombs has no role to play in making decisions which might cause her / his destruction. Those are the forgotten ones; the Tenafly children, on the other hand, expect to live a long life and threats to their safety are exaggerated, so much so that they cannot imagine a world where they are caught within a theater of war and experience the true terror of it. Let us not give our children these colorful but deadly models. Yes, you might say the toy does no harm and it is clear that the designers and manufacturers have taken safety into account. Yet how ironic it is that the bright cheerful colors, the colors of the disneyfied world make the very concept of such instruments of death cheerful.
Posted by Susan at 7:59 PM No comments: 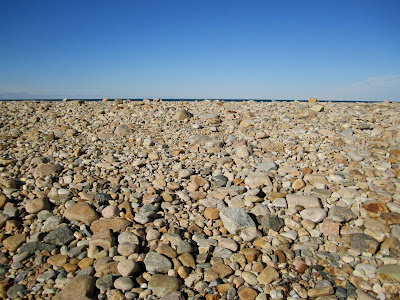 And God said, Let the waters under the heaven be gathered together unto one place, and let the dry land appear: and it was so. And God called the dry land Earth; and the gathering together of the waters called he Seas: and God saw that it was good.
Posted by Susan at 6:02 PM No comments:

before the fog lifted 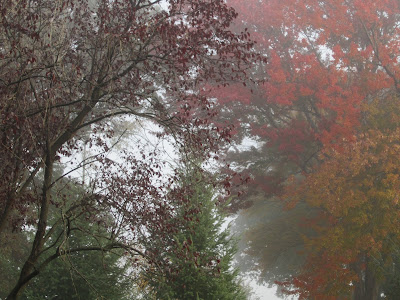 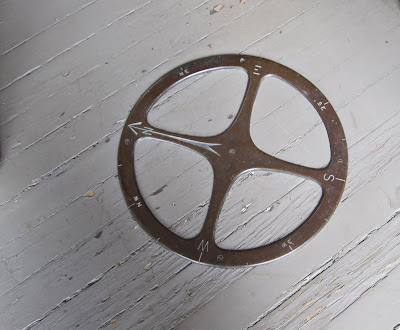