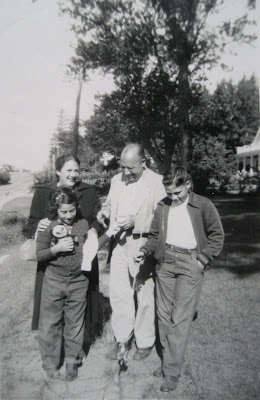 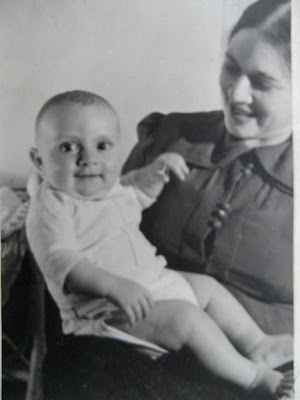 Peter, as he was known in his family, in his delighted mother's arms. Beate Caspari-Rosen was a physician as was Peter's father George Rosen. Peter was born in Brooklyn in 1938 on August 16. The second picture shows our family in Sullivan Maine. Peter was a terrific fisherman and loved his fishing rod and gear which he shows off in this picture. We are standing outside of the inn where we summered near Acadia National Park, the section of the park on the coast. I am holding a funny little panda bear that my best friend T had given me before she moved to Mexico, where she still resides.
Posted by Susan at 4:21 PM