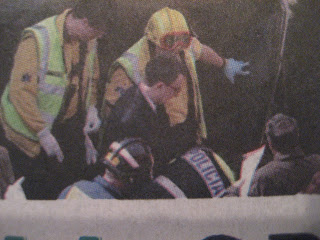 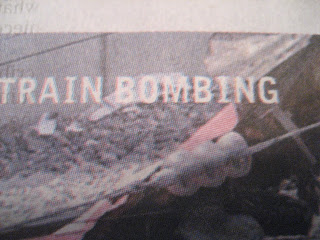 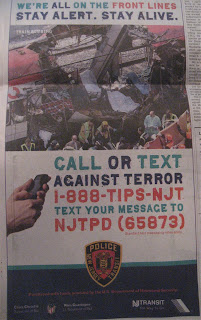 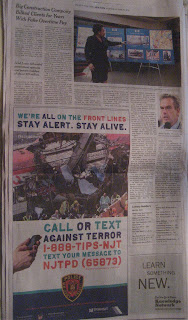 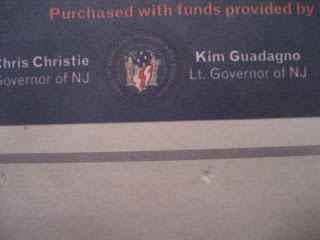 On page 22 of the NYTimes International and National News section, today, April 25, 2012, an advertisement was published that was deceptive. Governor Christie of New Jersey took credit for the ad which was paid for with funds (partly) by Homeland Security. It addressed the reader to be vigilant and to call in case of ... . The picture showed a bombed train and so identified it, but it did not say where and when the bombing had occurred. But closer examination of the picture showed that one of the persons who was examining the wreckage site was wearing a chartreuse belt with the word: POLICIA. So the picture was not about a bombing on a Jersey train but it used a photo of the terrible attack in Spain (Madrid) several years ago. The NYTimes should have edited this ad. It is misleading and appears to be preparation for Governor Christie’s political career.