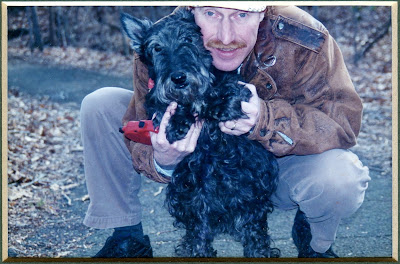 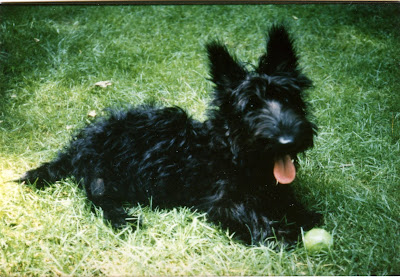 Remembering Kate, our first scottie. Katie died on this day in 1999. She struggled with death lying under a fir tree on a snow covered ground, but when it became evident to us that her death was not fast we rushed her to a Dr. O'Reilly who mercifully euthanized her immediately.
Kate was a remarkable being. Born in a puppy mill she was shipped around the United States. We encountered her at the Bergen Mall, in New Jersey. The morning after seeing her we brought her home and there she lived with us for twelve years. Her companion was her "brother " Fala. The two were inseparable once Fala was old enough to hold his own. Kate cared for him when he was ill; together they played with joy and inventive doggy happiness.
Posted by Susan at 2:02 PM